Sugar is a type of carbohydrate found naturally in fruits and vegetables, and added in processed foods such as doughnuts, cookies, sodas and juices. In a 2003-2010 survey, the average American consumed 14% of their total calorie intake from added sugars. Some went as high as a quarter of overall calories1,2! As a nation, we are addicted to sugar. There are plenty of reasons to minimize consumption of added sugars. There are also many myths and misconceptions when it comes to sugar and overall health.

We know fruits are generally nutritious, while sodas and cookies are not. Sugar refers to a type of carbohydrate. Sometimes, it’s found naturally, and other times, it’s added to improve taste. All sugar is the same whether it’s found in an apple or a cookie. The issue isn’t really the sugar itself, rather the overall composition of the food.

Let’s compare an apple to a cookie. One apple contains 95 calories while one cookie has about 86 (nutrition label below is for two cookies). Both options have similar calorie contents and the apple even has more sugar (18 grams vs. 7 grams for 1 cookie).

If you look at the overall quality of the apple and cookie, you’ll notice the apple has many other nutrients which are not present in the cookie. The apple has potassium, calcium, and fiber (in addition to other nutrients) while the cookie is mostly sugar and fat. The fiber in the apple increases satiety. This makes binging on sugary apples much more difficult than eating an entire container of cookies.

Added sugar and sugars found naturally are the same. While you should generally avoid consuming foods with excessive amounts of added sugar, you need to look at a food’s overall profile to evaluate its nutritional value. On its own, a lot of sugar is not necessarily bad. When combined with a lack of nutrients, intake of sugary foods should be minimized.

Sugar has a bad reputation in the nutrition world. While too much sugar is definitely bad, it can be helpful in certain situations. For example, post workout carbohydrate intake speeds up glycogen replenishment and increases protein synthesis. Put together, consuming sugar after a workout speeds up the recovery process3.

Sugar (in the form of a sports drink) also improves strength and endurance activities in certain circumstances. The American College of Sports Medicine recommends drinking 3-8 fluid ounces of a carbohydrate/electrolyte drink (such as Gatorade or Powerade) every 15-20 minutes when exercise lasts longer than an hour4.

Sugar is made from the sugar cane or beet. To make raw sugar, the juice is extracted and plant matter is removed. The juice is then boiled down and put through a centrifuge, yielding sugar crystals. Separating the sugar from the juice takes multiple passes through a centrifuge. The first few passes yield unrefined or brown sugar. After extra passes, the sugar eventually comes out white5.

Brown sugar does contain slightly more minerals than white sugar. Neither form has significant amounts of fiber. Eating a large amount of white or brown sugar does not increase satiety and most likely leads to more eating. Brown sugar might be marginally better because of its mineral content, but not by much. One danger is increasing consumption of brown sugar with the belief it’s a healthy alternative to other sweeteners. Over consumption of any sugar leads to many negative health consequences.

Fruit juice is sometimes lumped into the same category as soda. Research has shown fruit juice has a spot in a healthy diet and is not associated with many of the negative issues facing soda. With the exception of fiber, calcium, and vitamin C, a serving of fruit juice is comparable in nutrients to a whole fruit. Fruit juice also contains many phytonutrients found in whole fruit including carotenoids, lutein, carotene, lycopene, phenolic acids, stilbenes, and flavonoids6.

5. High Fructose Corn Syrup is the Worst Form of Sugar

High fructose corn syrup (HFCS) is a form of sugar derived from corn starch. It was first introduced in the 1970s. It’s gotten a fairly bad reputation over the years as the food industry relies on it for much of its sugar supply9. Many studies have looked at the effects of HFCS on health. One study found a daily intake of 50 grams of carbohydrates from either honey, sucrose, or HFCS for 14 days resulted in similar effects on glycemia, fat metabolism, and inflammation10.

Another study found no difference in systemic inflammation between individuals drinking beverages sweetened with either fructose, HFCS, or glucose11.  In a final study, researchers looked at the effects of sucrose and HFCS on blood pressure, body weight, and cholesterol. Researchers found no differences in any parameters between the sucrose and HFCS groups. HFCS is neither better nor worse than regular sugar. You should attempt to minimize consumption of foods high in any type of added sugar (and low in nutrients) including HFCS.

As Americans, we eat too much sugar. In moderation, sugar can be part of a healthy lifestyle, especially when used in conjunction with exercise. The 2015-2020 dietary guidelines recommend consuming no more than 10% of your overall calorie intake from added sugar12. There is currently no recommendation for total sugar intake. When reducing consumption, focus on foods high in sugar but low in nutrients. If you must indulge in high sugar/low nutrient options, do so before, during, and after exercise to get the most benefits out of these otherwise useless, empty calories. 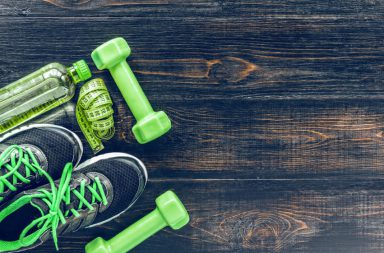 Top 5 Ways to Reduce Your Calorie Intake Without Counting 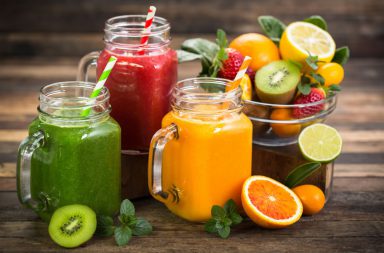 Top 5 Ways to Lose Your Gut

How to Read a Nutrition Label

What are simple carbs?