Reading CNN’s post about obese people’s fashion leads you to believe that we live in a society where fat people are denied the basic liberties of life. These “fatshion” bloggers are either ignorant to the health problems associated with obesity or find it easier to stay fat and claim that the problem is with society rather than their own lifestyle choices. People who are obese have a much higher risk of health problems including but not limited to heart disease, strokes, cancer and diabetes. Instead of wasting energy on creating a phony civil rights issue, the fat acceptance movement needs to look in the mirror and realize it’s not OK to be fat, sick and unhealthy.

The fat acceptance movement is a self described “civil rights movement” that aims to stop discrimination against fat people. Some of the major organizations involved include The National Association to Advance Fat Acceptance (NAAFA) and The Association for Size Diversity and Health (ASDAH). Some other websites and blogs promoting fat acceptance include Fat!So?, Nolose and Fat Girl Speaks.

These groups have a lot in common. They all equate their struggle with the civil rights movement. They mistakenly and offensively compare discrimination against Blacks with their own “struggle” to live an unhealthy lifestyle. There’s a huge difference between being denied basic human rights because of race or religion and fat people’s struggle with being accepted by society for their unhealthy lifestyle choices. If they can’t see the difference between being denied the right to vote because of skin color and being ridiculed because of size (which is completely under their control), then there might not be any hope for them after all. In addition to claiming fat acceptance as a civil rights issue, these groups also attempt to justify their obesity in a few ways. They call it beautiful, a personal choice and even healthy.

The most important similarity between the fat acceptance groups is their goal. Their goal isn’t to help obese people fix themselves, it’s the exact opposite. Instead of improving health and living conditions, they’re working to show that obesity isn’t a problem and therefore needs no fixing.

Everyone agrees that it would be much easier to live a life void of any exercise or healthy food. Most of us would love to eat junk all day, never go to the gym and totally ignore our health, but living in lala land and pretending that all of that is somehow OK is a disservice to ourselves, friends & family and even society. That’s why most of us know that being fat is bad. It’s the same reason that smoking, drinking excessively and using recreational drugs is also frowned upon.

The main goal of these groups is to make fat people oblivious to the choices they’re making. It’s a lot easier to stay fat than it is to accept you’re wrong and change. By pretending that fat can be healthy, they’re enabling obese people to be lazy, eat junk food and live unhealthy lives. The civil rights movement was about empowering people, not blinding them.

It’s true that fitness can be a much better predictor of overall health than size. The fat acceptors use this as evidence that weight doesn’t matter and health can come in many different sizes. Unfortunately for them, an increased amount of fitness and physical activity is closely related with a decrease in weight. It’s almost impossible to be in excellent shape and still be fat. Saying weight doesn’t matter because fitness is a better measure ignores the fact that when fitness is at an acceptable level, weight will be too.

There are three main factors that determine your risk for a host of diseases; genetics, environmental factors and lifestyle choices. Genetics are impossible to control and environmental factors aren’t always easy to deal with. If you’re born into a family with a history of heart disease, your risk is automatically higher. If you live near a toxic waste dump, your risk of cancer might be higher until you move away, given you have the resources to pack up and leave. Lifestyle choices (diet and exercise) are much easier to control. The same way smoking (a lifestyle choice) causes lung cancer, obesity causes heart disease, type 2 diabetes and cancer.

Everyone Pays for Obesity

So who cares if obese people have to pay more for health care? In a perfect world it wouldn’t be an issue. Everyone is free to do what they want until it affects other people. Obesity affects the entire country because health care costs are distributed to everyone. A large chunk of the population is covered by Medicaid and Medicare which is funded by taxpayers. Even private insurers spread the risk around by charging more for healthy participants of a plan so that unhealthy participants can have a more affordable premium.

The stated goal of the fat acceptors is to get rid of the social stigma associated with obesity. This is a horrible idea because the social stigma is one of the main driving forces that causes people to want to lose weight. They want to look good in a bathing suit or wedding dress. Without the stigma of obesity, the motivation to change and improve wouldn’t be as strong.

Rather than trying to get society to accept obesity and sickness, these groups should be working to decrease obesity levels. Decreasing obesity levels would help improve the quality of life for millions of people, extend life expectancy and decrease health costs. Instead, these groups are doing just the opposite. They’re giving obese people an excuse not to change by convincing them that fat is healthy, beautiful and normal. Being obese isn’t normal, it’s a condition that causes disease and lowers life expectancy.

The reason that this movement is becoming popular is because change isn’t easy. Losing weight and starting a healthy lifestyle is hard, but staying unhealthy is even harder. In the short term, it’s much easier to live a sedentary lifestyle and eat unhealthy junk food. Over time, this “easy” lifestyle will turn into frequent doctor trips, a regular diet of prescription drugs and extended hospital stays. You can avoid all of that if you start changing now. Realize that changing your own lifestyle is a lot easier and more rewarding than trying to force society to change its view. 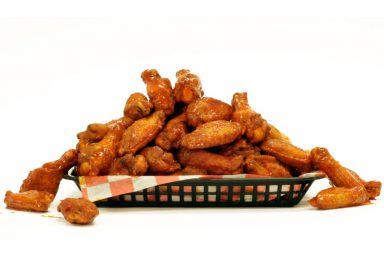 You Can’t Handle the [BMI] Truth 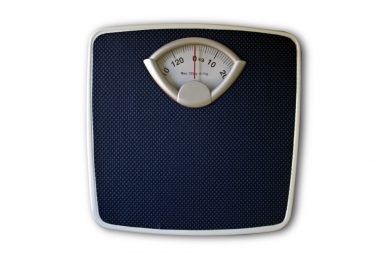